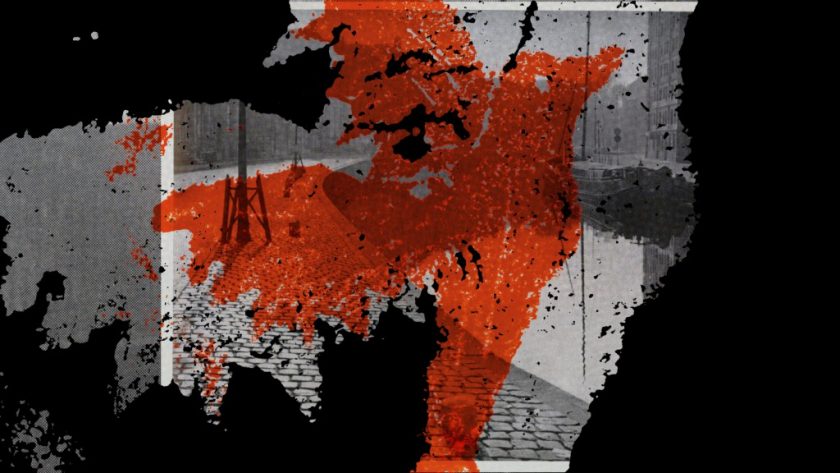 Anke Brouwer, a composer with whom I previously made Sulphur, Wax & Sugar and who was also involved in Environ/Man, was commissioned by the Groningen symphony orchestra KamerFilharmonie Der Aa to compose a work as part of the Werkman Year.

Reflecting this increased interest in the Groningen printer, artist and wartime resistance fighter H.N. Werkman, primary schools in Leens, the village where he was born, made printed materials and short animation films. The orchestra wanted to show some of this work to accompany the music.

This led to the collaboration that resulted in performances on 14 and 15 November 2015 in Leens and Groningen.

I was already familiar with Werkman when Anke brought me on board for her project. As a graphical design student, I had inevitably come into contact with his work and even then I had been impressed by its sensitive playfulness.

I began to re-examine the material I had lying around the house on Werkman. That was how I discovered a work with the title Kleurengeluidsignaal, or ‘Coloursoundsignal’. Anke agreed that this should form the basis for our joint production.

I then started by creating the video for the last part while Anke came up with her first musical sketches. And so we worked further in turn on this co-production, discussing everything together as we went along.