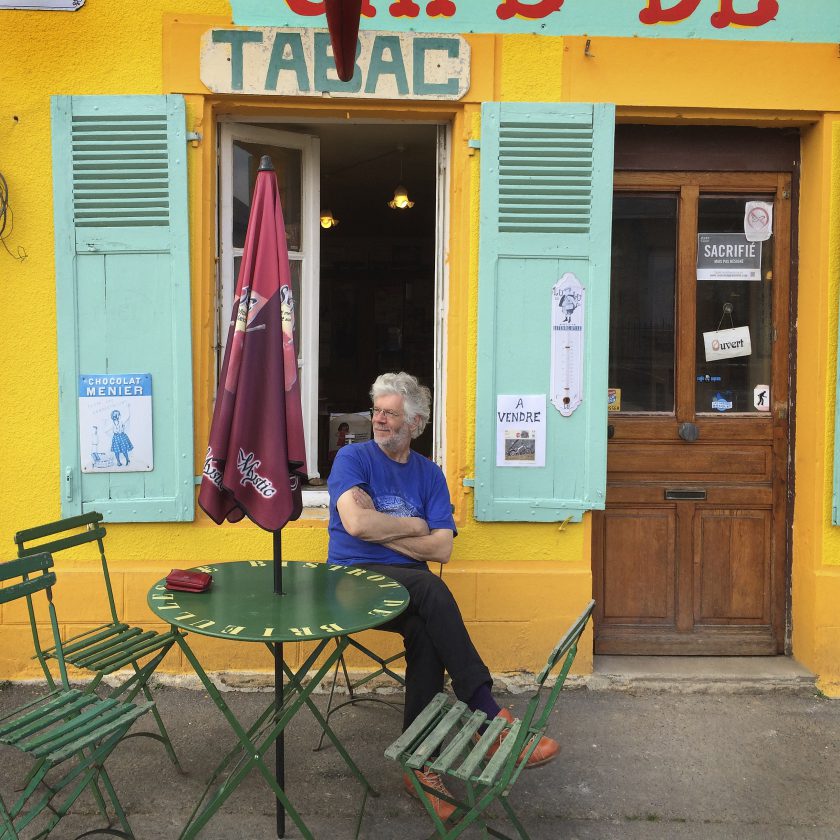 Born 1953, lives and works in Amsterdam, the Netherlands and in Champigneulle, France.

Graphic artist and artisan—in a broad sense, from typography and infographics to photography and videography.
Writer—journalism, criticism, poetry.

Autonomous Work and Projects in Commission

(in addition to part-time employment)

From Brooklyn to Berlin

Documentation in words and images: Tehillim Illuminated on Vimeo.

CoBra 60 years, The Colour of Liberty (13 September – 30 November 2008).
Exhibition texts about the lenders of paintings and sculptures.

Consultant in restyling of fortnightly tabloid magazine for the medical and paramedical sector.

Guest editor and author of catalogue for the Best Book Designs of 2001.

16-mm film with cellist Frances Marie UItti, based on the Sarabande in Cello Suite V by J. S. Bach.

(The Rep) Performance with electronics, live music and objects.

Professor and researcher in visual journalism, infographics and data visualization.

Head of the department of Secondary Education Materials.

Programme Manager, 2D
Responsible for the programme of research and activities concerning graphic design, information and communication, ‘The Future Of Graphic Communication’.

Some of the projects I realized:
• Design Management Platform
Network of bureaus, companies, education and research.

Editor-In-Chief of the official organ of the professional organizations of graphic and industrial designers.

Royal Academy of Art, The Hague

Postgraduate residency at the Royal Academy of Fine Arts, Amsterdam, faculty of Visual Communication. Projects on the relationship between image (light) and sound (music).